What's Going on the the World in the 1960s besides perfume?

The 1960s was a decade of protest and reform. Young Americans demonstrated against the Vietnam War, African Americans demonstrated for civil rights and women demonstrated for equal treatment. It was also a time of great social change. The voting age was lowered to eighteen by the end of the 1960s. It was the era of rapid technological progress, the age of the car, and man walking on the moon. The 60s changed attitudes and ended on a note of optimism for a better and brighter future.

The 1960s was the decade of great music - the Beatles, the Rolling Stones, Dusty Springfield, the Who, Procol Harum - the list could go on and on. Music itself changed radically in the 60s. The Beatles went from suited mods in the early sixties to hip guys in the middle sixties then to full blown hippies by 1967. It was the first full decade of rock and roll and the biggest hit was Chubby Checker's "The Twist". The Beatles had two of the top twenty songs of the 1960s - "I Wanna Hold Your Hand" and "Hey Jude". Towards the end of the decade, soul became more popular and included songs like Otis Redding's "Sittin' On The Dock Of The Bay" and Marvin Gaye's "I Heard It Through the Grapevine". In the latter half of the 1960s, psychedelic music reflected the growing hippie culture. Prog-rock began to emerge out of the British psychedelic scene in 1967, specifically a strain of classical/symphonic rock by The Nice, Procol Harum and The Moody Blues.

Television tried to attract younger audiences and shows like American Bandstand, The Ed Sullivan Show and other TV variety shows began showcasing rock bands. In 1967 the first outdoor rock music festival (The Monterey Pop Festival) was held and attracted 55,000 fans per day to a three-day concert. Then in the summer of 1969, the Woodstock Music and Art Fair drew 500,000 people to a three-day concert in Bethel, New York. 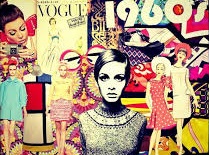