Keep scrolling for the retro fragrance samples for sale

Popular Women's Fragrances From the 1960s

Popular Men’s Colognes From the 1960s 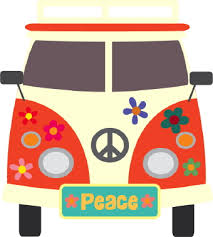 The 1960s was the time when everyone started to buy fragrances - it was the golden days for drugstore scents. Many of them became near instant classics and remain cultural icons. There were so many drugstore fragrances that create the type of nostalgia that only a favorite fragrance can. These fragrances relied on television and print advertising plus word of mouth for their sales because there was not a lot of shelf space in drugstores. There was more money spent on television advertisements for Wind Song, Charlie, Enjoli and Babe than on advertisements for Shalimar, Chanel No. 22 and Robert Piguet Fracas. All of the drugstore brands - Bonne Bell, Houbigant, Prince Matchabelli, Dana, Max Factor, Coty and Jovan produced at least one classic; Coty produced more than ten. Even Charles of the Ritz who launched way fewer fragrances than other brands had a varied line from Charles of the Ritz to Jean Nate to Enjoli to Forever Krystle. As a matter of fact, Jean Nate is the most famous American drugstore fragrance ever. These drugstore fragrances were beautifully constructed fragrances made available to a wide market. Try Babe, Charlie, Windsong, Enjoli or Cachet and see the difference between these and current day drugstore fragrances.

Interestingly, all fragrances were seen as unisex until the 1960s, when the beauty industry started heavily promoting scents for one sex or the other. Until then, men and women simply wore scents they liked. It was during the 1960s that hippies snubbed mainstream fragrances and musk, patchouli and sandalwood were the hot scents. Essential oils were the new rage and due to this, musk had a special place in the classic drugstore lineup. Bonne Bell Skin Musk, Jovan Musk, Coty Wild Musk and Alyssa Ashley Musk were simple “you, but better” scents that fit the hippies and flower children. Young people no longer wanted the sophisticated fragrances worn by their parents; they wanted ones rooted in oriental culture.

The 1960's will be remembered for its defining styles and revolutionary ideas. There were hippies, rockers and mods. The mod culture started in London and worked its way around to America and boasted bright bold colors often in geometric designs and was the cult of the super cool in the 1960s. Mod clothes leaned toward ultra-short and sleeveless - miniskirts, jumpers, shifts, patent rain trenches and patent leather go-go boots. Check out packaging of fragrances from the 1960s, many had funky, bright packaging. 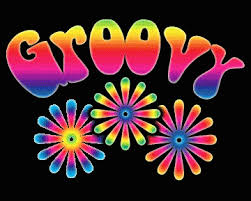 What's Going on in the World in the 1960s besides perfume?

Advertising in the 1960s